Susie Scanlan: Made to Hold a Blade 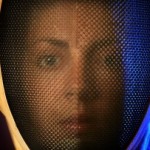 Not long after Susie Scanlan earned her way into the London Olympics, someone reminded her coach of a prediction he made in 2004. Scanlan was only 14 then, but Ro Sobalvarro believed she would make the U.S. Olympic fencing team in 2012. [Read the full article]

This piece includes an accompanying video about Scanlan.  It’s a good local profile piece worth the read.

Susie Scanlan enters the 2012 Olympics as the 3rd ranked US Women’s Epee fencer and an FIE World Rank of 41st.  She will compete in the individual women’s epee and team women’s epee events at the 2012 London Olympics.

Outside of regional competitions, Scanlan’s best result for the season was at the Budapest Grand Prix in February, 2012 where she took 16th.