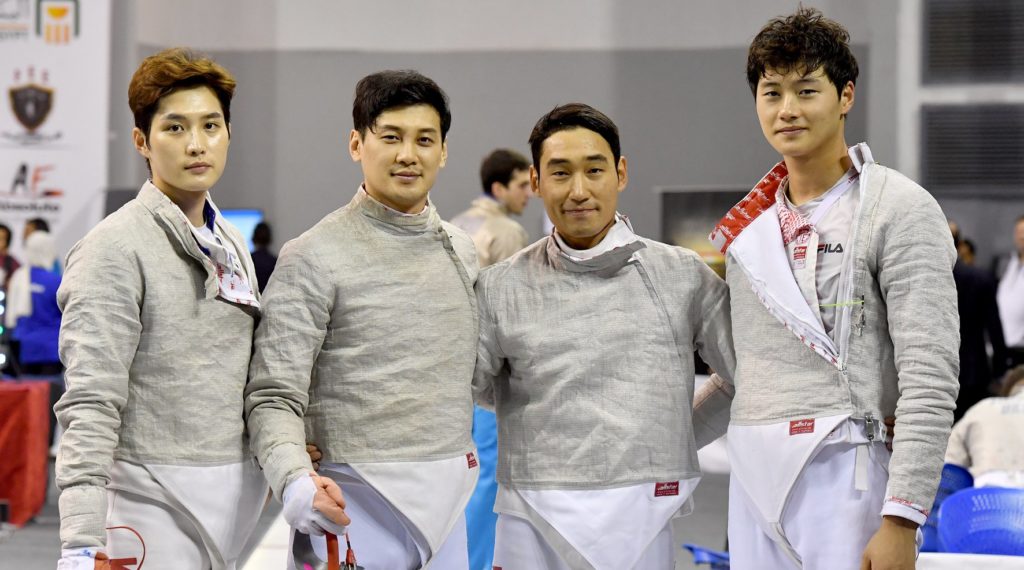 The FIE’s World Cup fencing season continued its first round of events in Cairo, Egypt last weekend, November 15-17, with French veteran Vincent Anstett winning a surprise individual gold and the top-ranked Korean team looking strong in what is now the lead up to Tokyo 2020. With Olympic qualification very much on the minds of […]

The first men’s foil World Cup event of the season in Bonn, Germany has produced a second career World Cup win for France’s Julien Mertine and a superb team performance by USA, who affirmed their favoritism ahead of Tokyo 2020. The USA men’s foil team of Race Imboden, Alexander Massialas, Nick Itkin and Gerek Meinhardt […]

Before the start of an Olympic season of international fencing, check out the athletes who are on top of the world, who are defending from Rio, or who might pull a surprise by the time it all reaches Tokyo. This weekend’s women’s Epee World Cup event in Tallin, Estonia marked the beginning of the 2019/20 […]

The 2019 FIE Congress is fast approaching! This year’s event will be held November 30 in Lausanne , Switzerland. This year, like in years past, the public can get a glimpse into what proposals are on the docket. The proposal document can be found here for a complete look. Below is a recap of the […]

A clutch of Olympians have battled a new generation of U.S. fencing talent at the North American Cup held in Kansas from October 18-21. The October North American Cup is the first of four qualification tournaments to determine the US Team selection for Tokyo Olympic Games in 2020. Medals were up for grabs in Division […]

At last month’s Wheelchair Fencing World Championships in Cheongju, South Korea, Chinese athletes won 11 out of a possible 22 gold medals from seven days of competition at the Cheongju Grand Plaza Hotel from September 17-23. Events were held in three categories; A, B and C, dependent on the level of physical ability of athletes […]

As the current generation of stars continued their build up to an Olympic season of international fencing, close to 700 veterans from 46 different federations competed at the 2019 Veteran Fencing World Championships in Cairo, Egypt, between October 5-11. USA topped the medal tally with six gold, followed by Great Britain and Italy with four […]