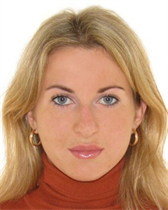 Russia has a strong showing in the individual event and Italy takes down the team title.

Arianna Errigo (ITA) entered as the #1 seed but had to be content with 3rd place at the Budapest Women’s Foil World Cup. Errigo retained her #1 world ranking. She fought her way to the semi-finals where she fell to eventual champion Inna Deriglazova (RUS), pictured left, 15-13.

Deriglazova defeated her teammate Larisa Korobeynikova (RUS) 15-13 in the finals.

The top-8 featured several upset-minded foilists as #67 Anita Blaze (FRA) made her way to the top-8 before losing to 19th seed Korobeynikova.

Only two of the top-8 seeds (Errigo and Deriglazova) survived to the quarter-finals.

Russia had the strongest individual showing overall with 3 fencers in the final-8 and an all-Russia championship match. France and Italy each placed two fencers in the top-8.

The top showing for the United States was Nicole Ross, who entered the event as the 16th seed. She won her first elimination match against Olena Khismatulina (UKR) 12-3 and then fell in the next round to Viktoria Kozyreva (RUS) 15-13. Ross finished 21st.

The upset of the day was Elisa Di Francisca, the 2012 Olympic Gold Medalist fell in the round of 32 to Gabriella Varga (HUN) 15-10 to finish 17th. This is Di Francisca’s worst finish since a 17th place result in March 2012.

This event did not do much to change the top of the world rankings. The top 3 slot remain with Italy (Errigo, Di Francisca, and Vezzali). 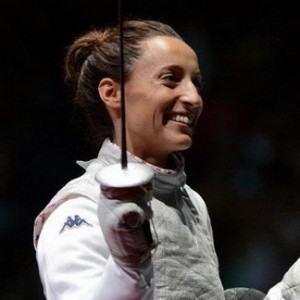 Di Francisca (ITA) failed to medal in the individual, but fenced for gold in the team event.

In the team event, Italy shined with a 45-34 victory over France in the finals to take the event. Russia, despite a strong individual showing, fell in the quarter finals 29-28 to Germany. Italy put forward a team of Errigo, Di Francisca, Ilaria Salvatori, and Alice Volpi

Italy took the #1 seed and ran with it, dispatching Hungary 45-38 then Poland 45-25 before their final match with France.

France opened the day by defeating China 45-30 and then crushed Germany 45-19.

The United States lost their quarter final match against Poland 41-26. In the placement rounds the US lost 45-34 to Hungary and then defeated China 45-26 to take 7th place.